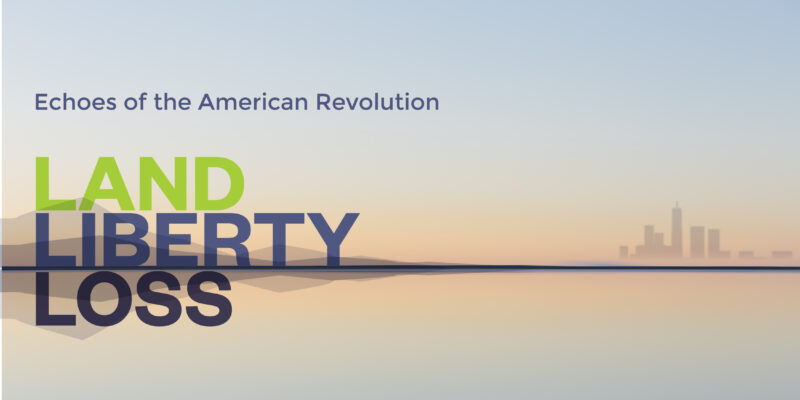 Land Liberty and Loss is a major new event program from Humanities New York. I was bought in as the creative lead to design and produce a comprehensive set of new digital assets and secondary branding for the new engagement.

These were deployed across a wide range of social media and digital communications. During the concept and creative stage, we identified designs that could be used in future events.

“Land, Liberty, and Loss” by Alan Taylor, below, is the eponymous leading essay for HNY’s newest initiative, a scholar-guided, multi-part exploration of our nation’s founding and how its history—or, more pointedly, misapprehensions of that history—often serves as an obstacle to full democratic and civic flourishing. The project is grounded in the historical and ongoing intersections between racial justice, including the centuries-long deprivations endured by Indigenous and Native Americans, and the evolution of the American landscape. “Land, Liberty, and Loss” is meant to prompt reflection on assumptions about the human connectedness between the natural and built environments, and to allow us to reconsider in a holistic sense how the Revolution that resulted in the United States connects to or disrupts indigenous histories, our use of natural resources, political development, and national expansion.”

Rebecca Donner: All the Frequent Troubles of Our Days